The Marmon name is rich in its heritage. Starting back in the 1850’s.

In 1858, Addison H. Nordyke and his father, Ellison, formed a partnership in to manufacture and build flour mills. The company was named E. & A. H. Nordyke with a small building just behind Ellis Nordyke’s home serving as the first plant. This business continued until 1866 when Daniel W. Marmon joined the firm and the name changed to Nordyke Marmon & Company. Around 1870, Nordyke Marmon & Co. was a major concern in constructing mills. Addison H. Nordyke stayed with the company as an active official until 1899 and as a stockholder and director until 1904. Daniel W. Marmon continued his active official connection with the company until his death in 1909. 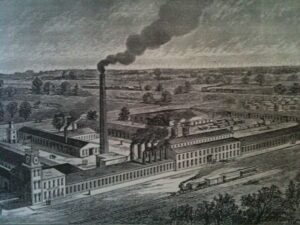 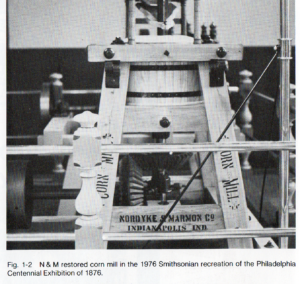 In 1875, Nordyke Marmon & Company moved to Indianapolis to obtain better manufacturing and shipping facilities. The “Quaker City Works”, located in West Indianapolis adjoining the Indianapolis & Vincennes Railroad and Belt Railroads, was purchased in 1876. The firm grew in this location and became known as America’s top mill builder.

The Marmon sons (Walter and Howard) who were running Nordyke Marmon were dissatisfied with the automobiles of the late 19th and early 20th centuries. In 1902 they built a luxury car to satisfy their own demands. Howard Marmon went on to develop the Marmon Motor Car Company.

The Model 32 of 1909 spawned the Wasp. The Wasp, driven by Marmon engineer Ray Harroun (a former racer who came out of retirement for just one race), was the winner of the first-ever Indianapolis 500 motor race, in 1911. This car featured the world’s first known automobile rear-view mirror. 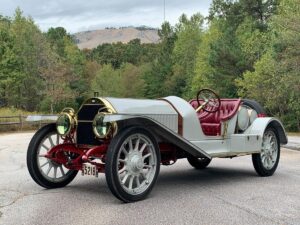 The 1916 Model 34 used an aluminum straight-six, and used aluminum in the body and chassis to reduce overall weight to just 3295 lb (1495 kg). A Model 34 was driven coast to coast as a publicity stunt, beating Erwin “Cannonball” Baker’s record to much fanfare.

New models were introduced for 1924, replacing the long-lived Model 34, but the company was facing financial trouble, and in 1926 was reorganized as the Marmon Motor Car Co. 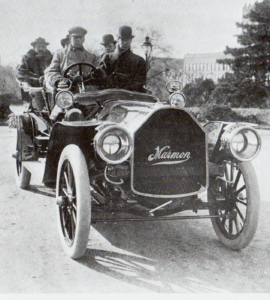 In 1929, Marmon introduced an under-$1,000 straight-eight car, the Roosevelt, but the stock market crash of 1929 made the company’s problems worse. Howard Marmon had begun working on the world’s first V16 engine in 1927 but was unable to complete the production Sixteen until 1931. By that time, Cadillac had already introduced their V-16, designed by ex-Marmon engineer Owen Nacker. Peerless, too, was developing a V16 with help from an ex-Marmon engineer, James Bohannon.

The Marmon Sixteen was produced for three years. The engine displaced 491 in³ (8.0 L) and produced 200 hp (149 kW). It was an all-aluminum design with steel cylinder liners and a 45° bank angle. 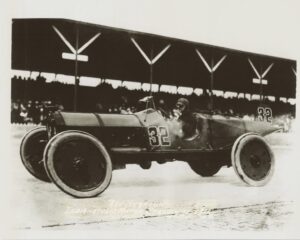 Marmon became notable for its various pioneering works in automotive manufacturing; for example, it is credited with having introduced the rear-view mirror, as well as pioneering the V16 engine and the use of aluminum in auto manufacturing. The historic Marmon Wasp race car of the early 20th century was also a pioneering work of automobile engineering, as it was the world’s first car to use a single-seater “monoposto” construction layout.

While the Marmon Company discontinued auto production, they continued to manufacture components for other auto manufacturers and manufactured trucks. When the Great Depression drastically reduced the luxury car market, the Marmon Car Company joined forces with Colonel Arthur Herrington, an ex-military engineer involved in the design of all-wheel drive vehicles. The new company was called Marmon-Herrington. 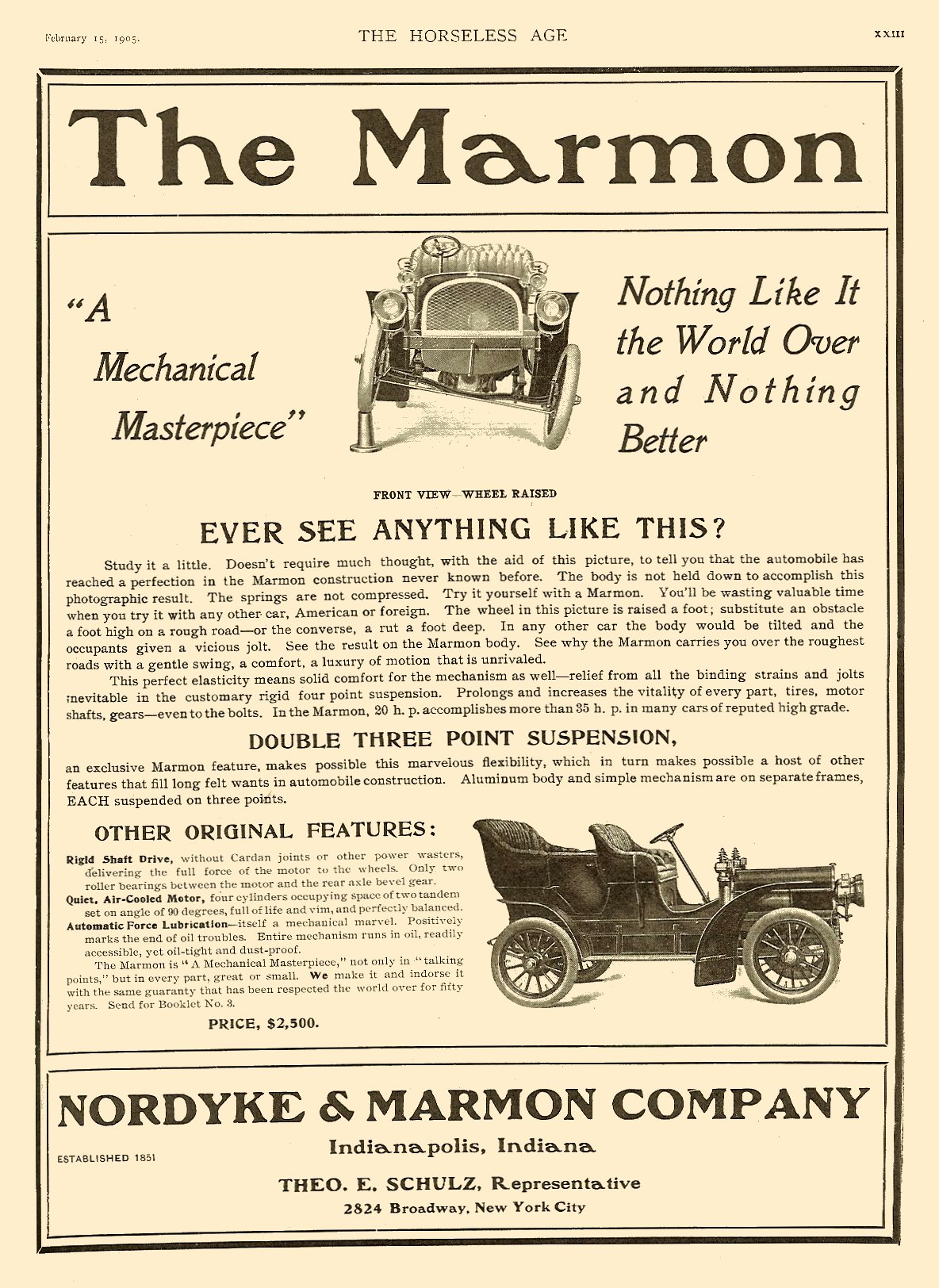 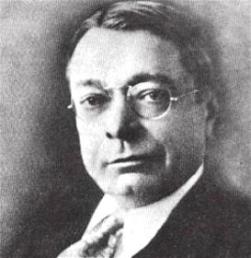 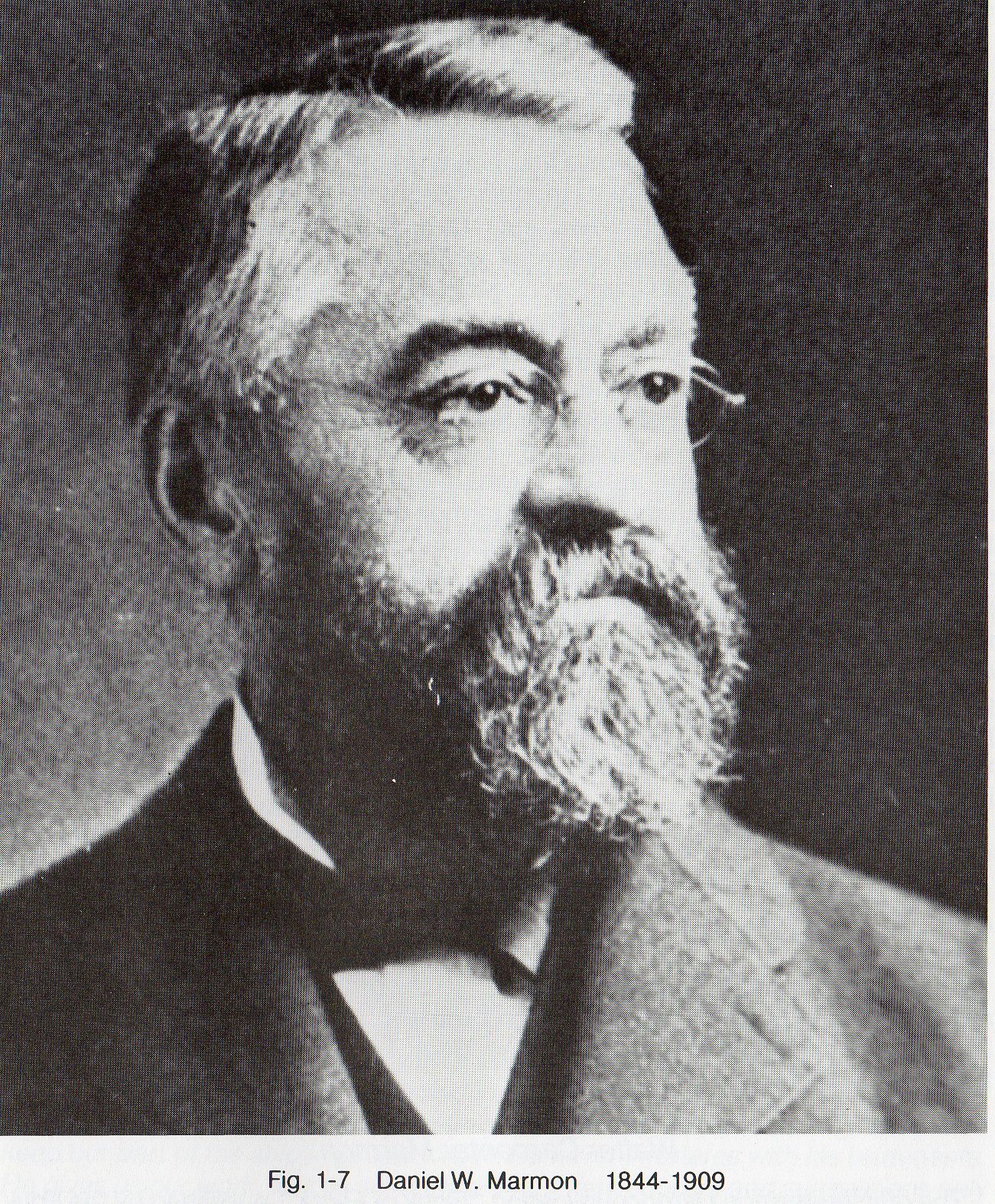 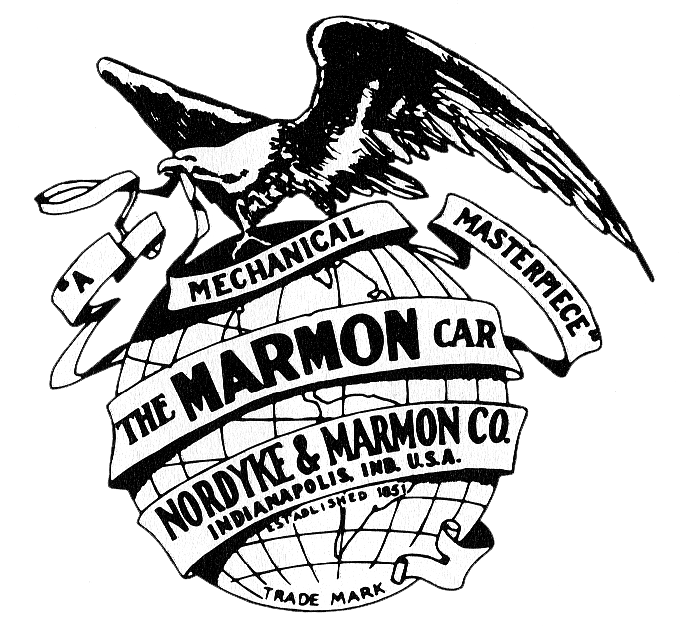 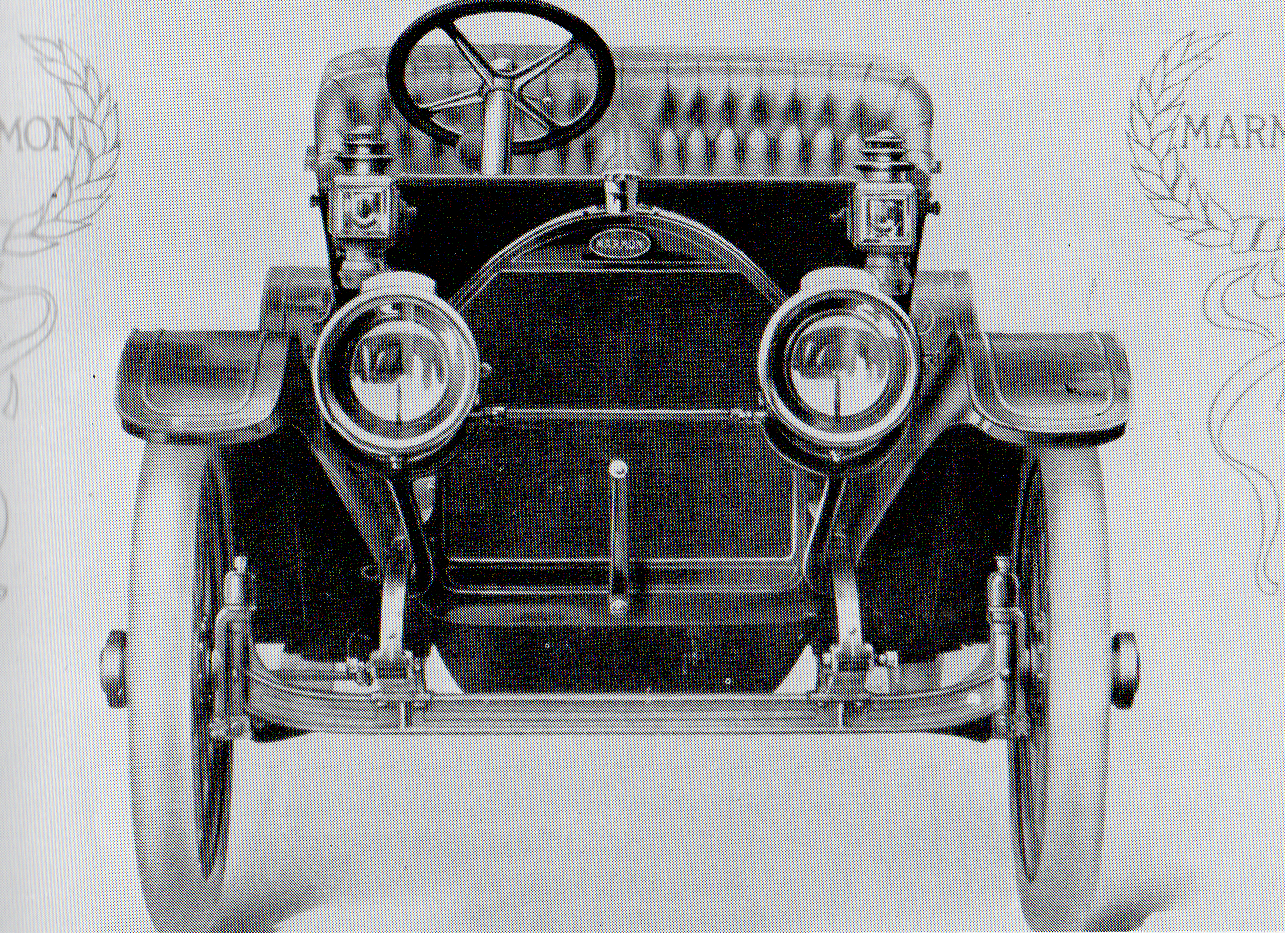 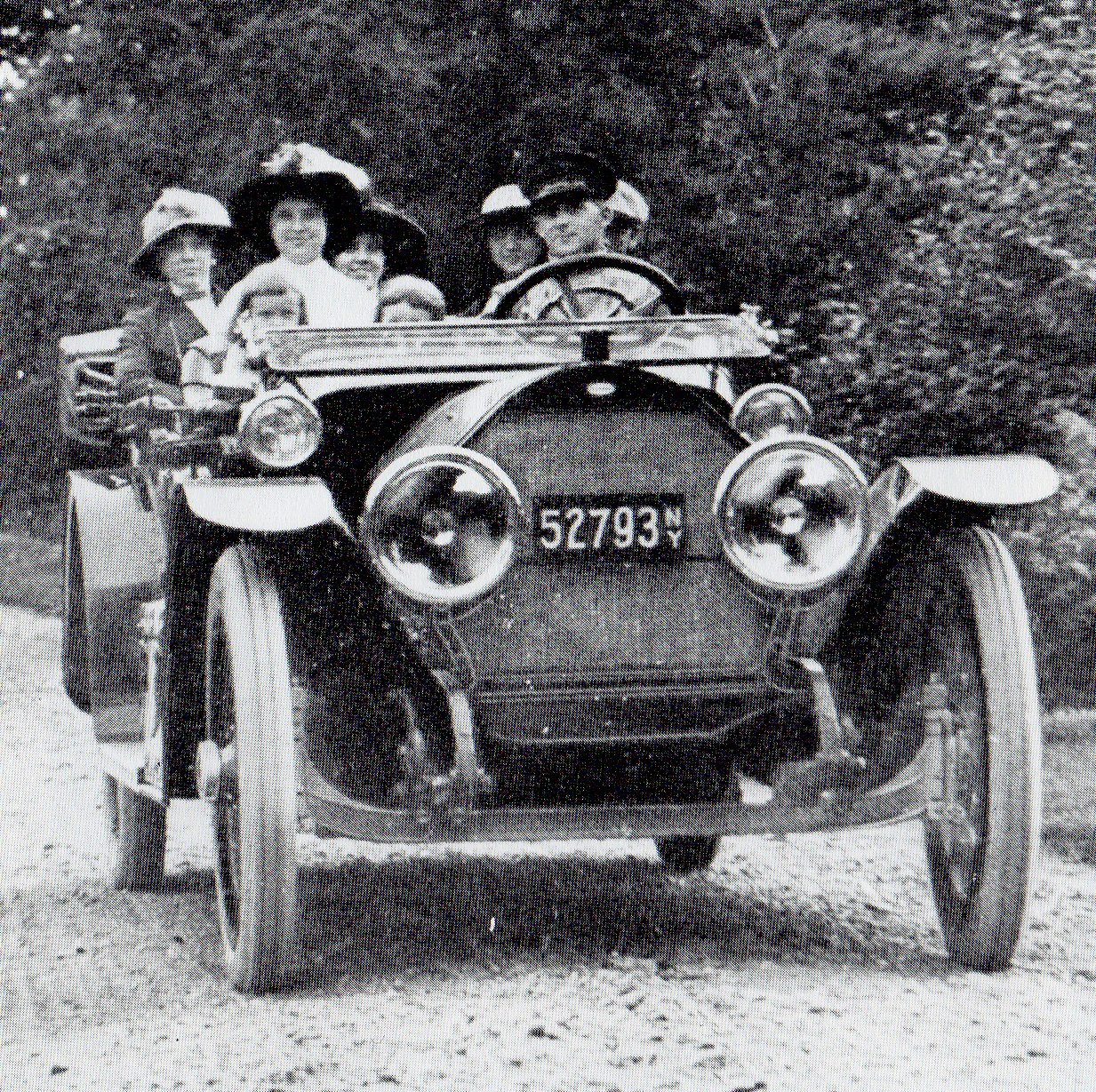 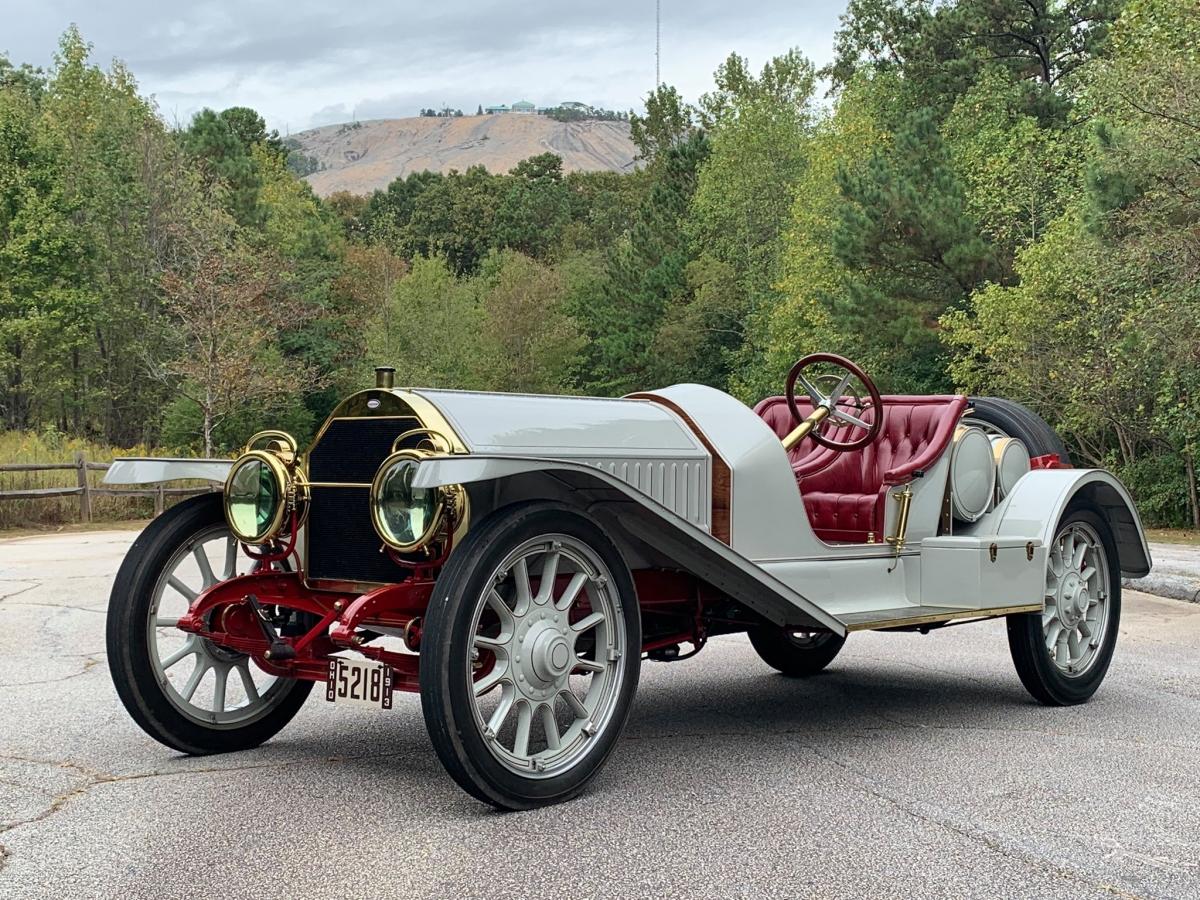 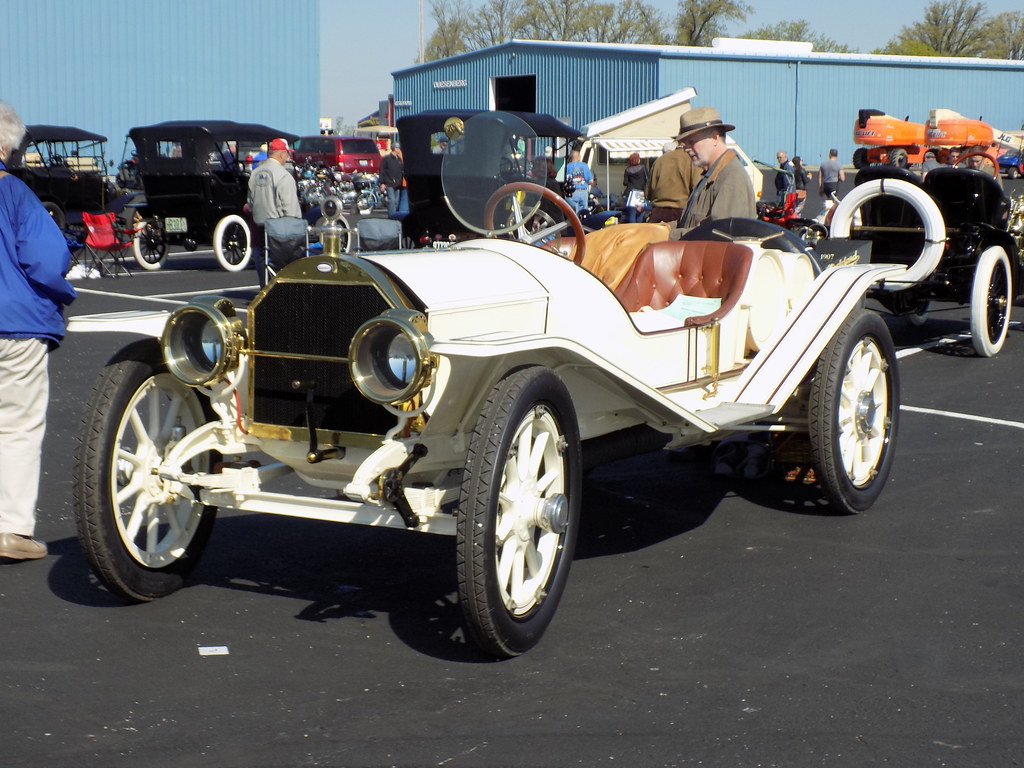 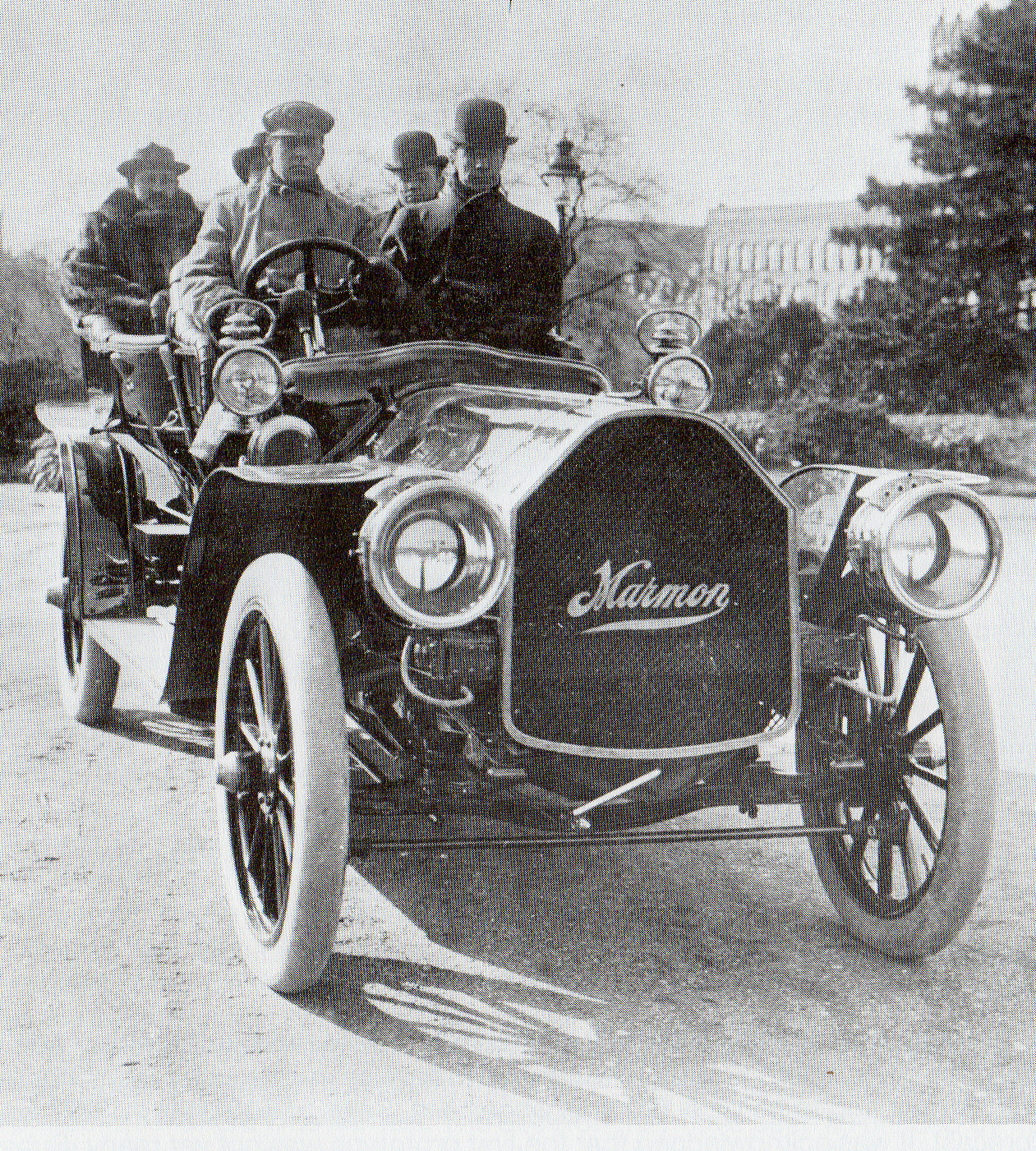 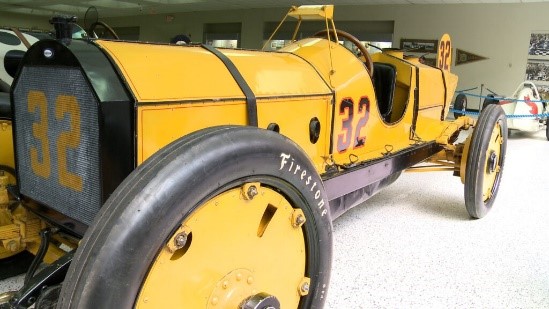 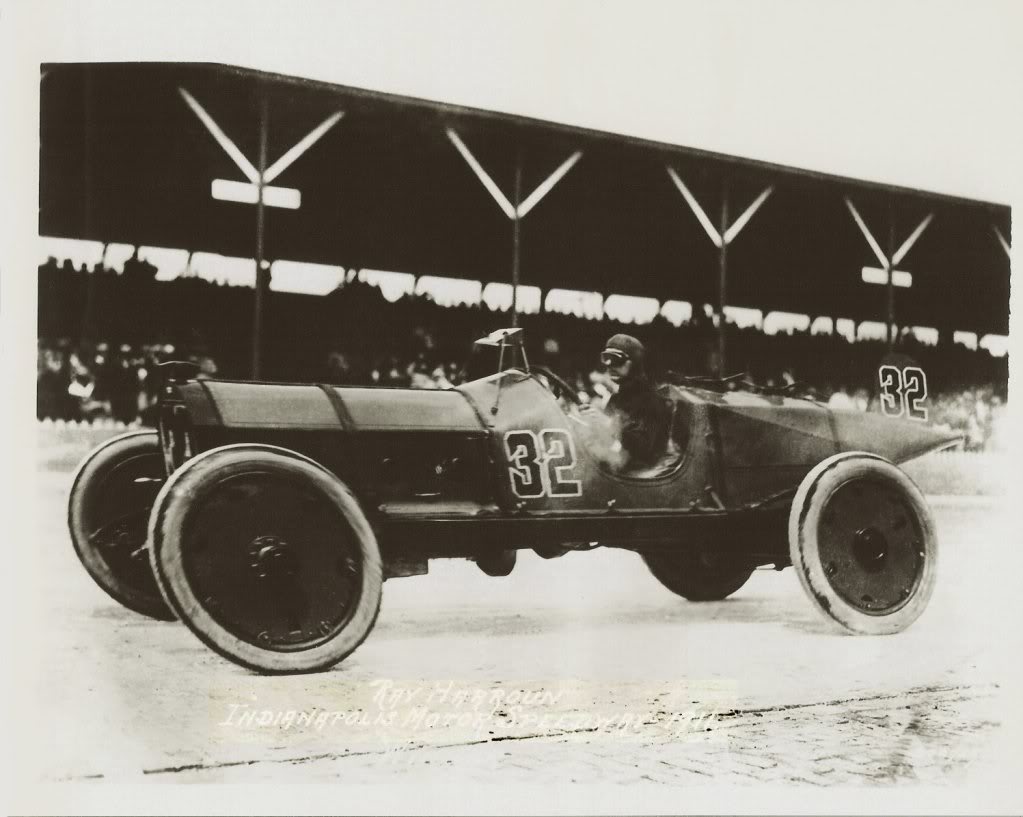 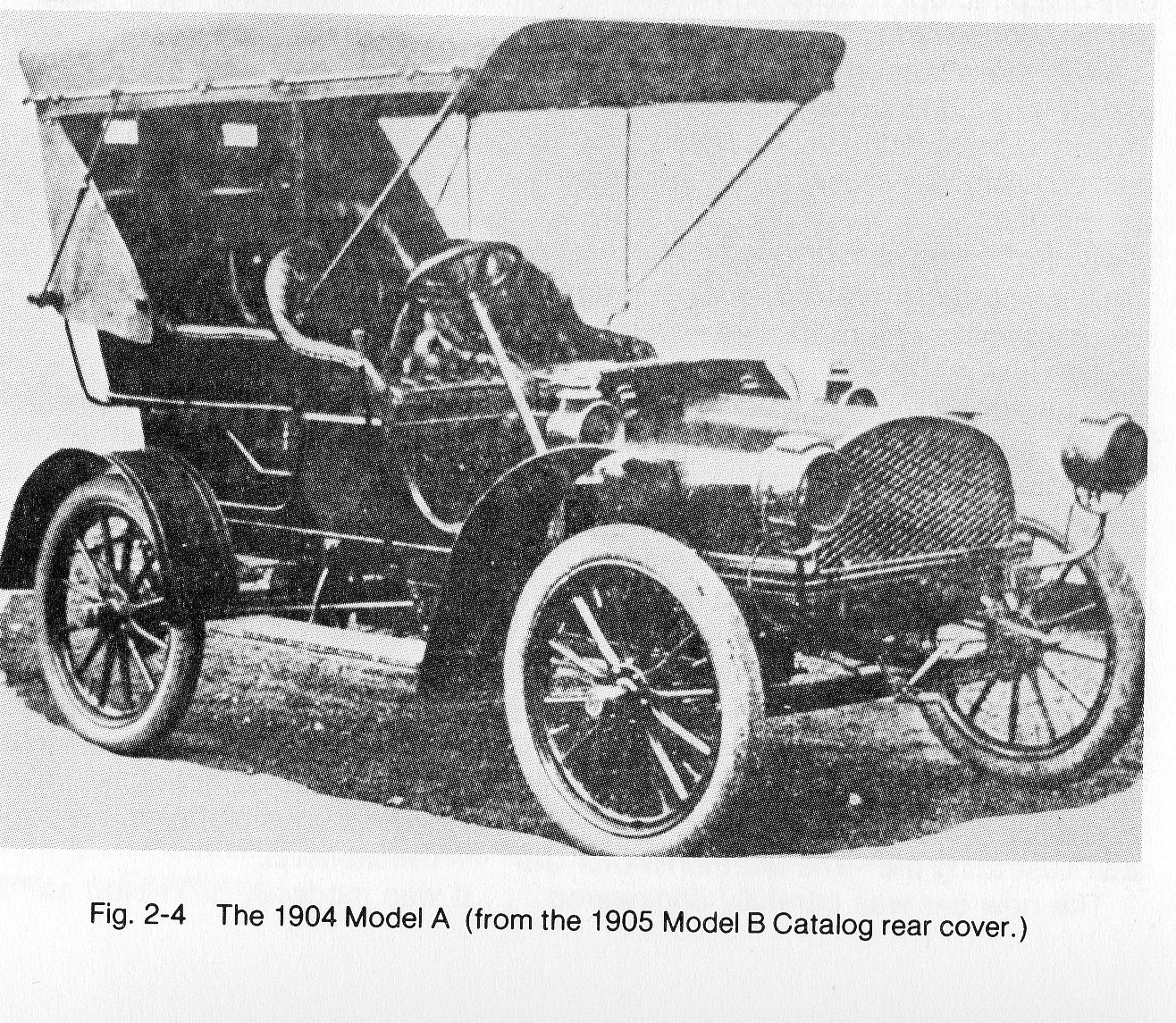 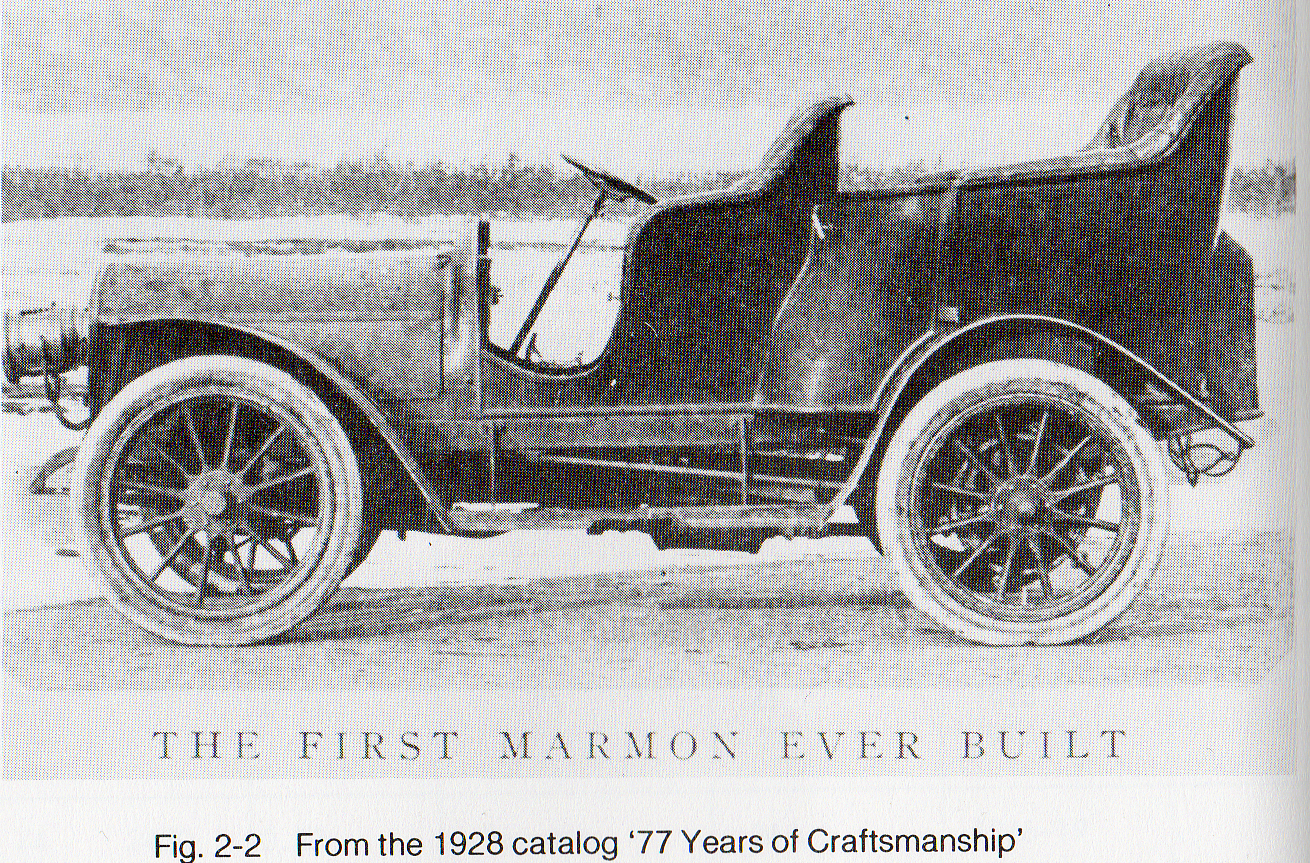 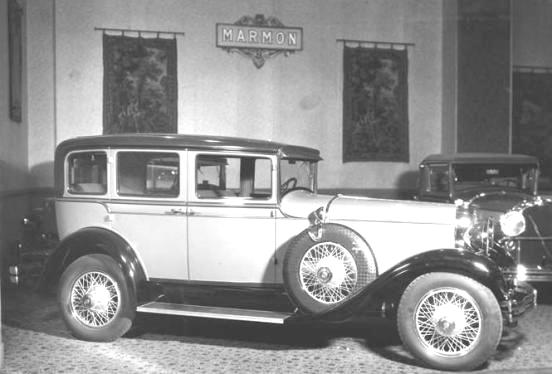 Marmon-Herrington got off to a successful start by procuring contracts for military aircraft refueling trucks, 4×4 chassis for towing light weaponry, commercial aircraft refueling trucks, and an order from the Iraqi Pipeline Company for what were the largest trucks ever built at the time. In addition to large commercial and military vehicles, company leaders recognized a growing market for moderately priced all-wheel drive vehicles.

In the early 1960s, Marmon-Herrington was purchased by the Pritzker family and became a member of an association of companies that eventually adopted the name The Marmon Group.